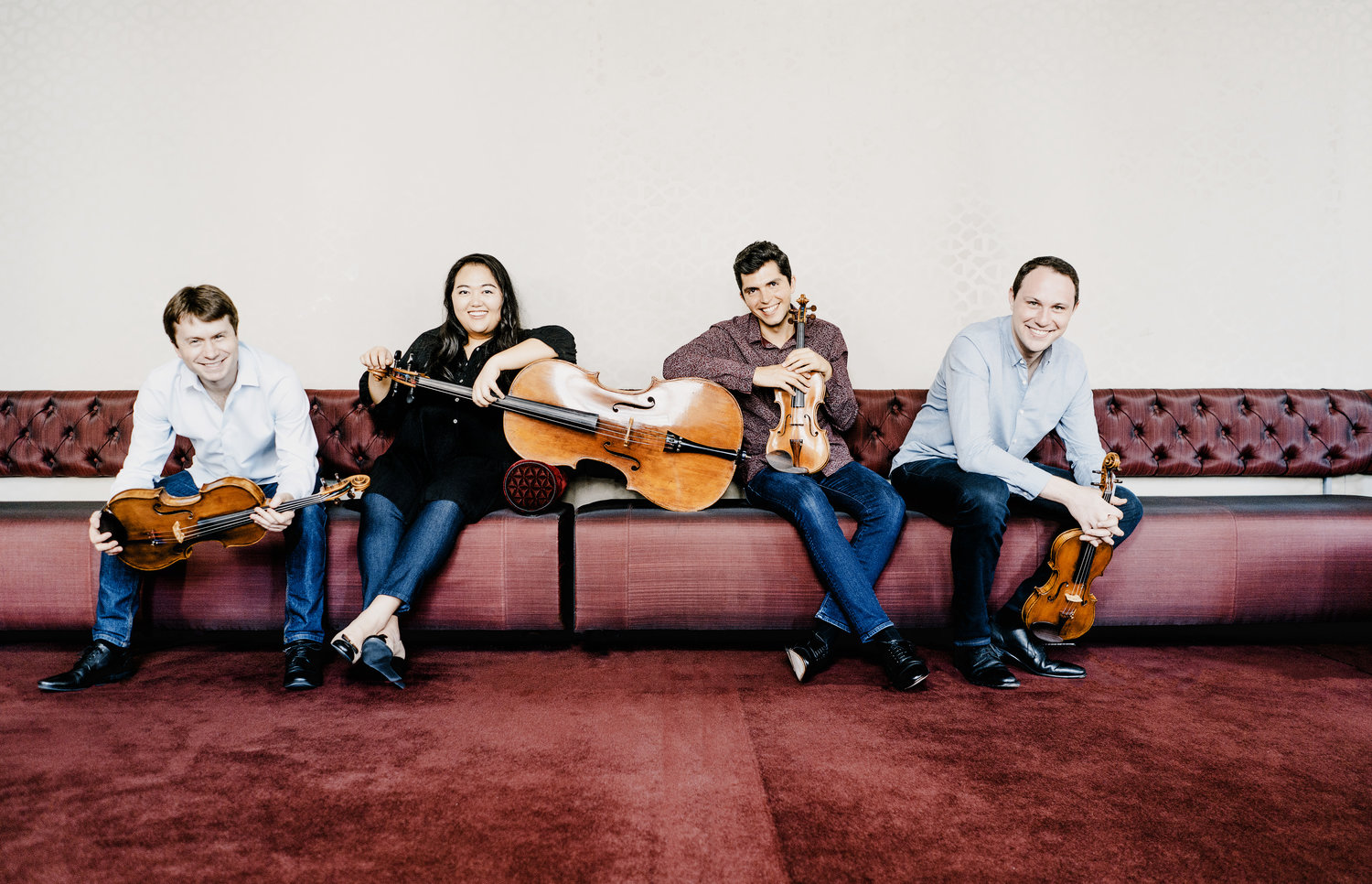 Its name is a tribute to its original home, an amalgam of California and doré, which is French for “golden,” as in the Golden State.

Within two years of its founding at the Colburn School of Music in Los Angeles, the Calidore String Quartet won grand prizes in virtually every U.S. chamber music competition (including Coleman), and has since performed in major venues throughout North America, Europe, and Asia. It is currently in residence with the Chamber Music Society of Lincoln Center’s Bowers Program.

Calidore is renowned for its cohesive music-making. “Four more individual musicians are unimaginable,” the Washington Post observed. “Yet these speak, breathe, think, and feel as one.”